Over the phone, my work friend, Kim, was quoting Ayn Rand like a chittery bad literature squirrel over a vocabulary stash.

"I think Sean's conference calls are such a bromide."

"WTF are you drinking at 8 in the morning, mountain time?"

I muted her.  Ayn Rand is just the final straw. Finally.

I'm teleworking, which is just as well since I've been bathing on a 19th century schedule.  I have no room to judge Kim her Ayn Randitis, not physically in my 800 square foot living space, and not culturally; I haven't turned my television off since a week ago last Thursday. I've steeped myself in the WORST SHIT the industrial age has to offer, and I'm not excluding world wars, atomic bombs and the Bee Gees.

ASIDE: Why would ANYONE get their LIPS ENHANCED? I mean unless you were BORN WITHOUT THEM…or UNLESS the surgery INCLUDED a deeper verbal component, like EXTRA SARCASM…

I think Bad Reality Shows make me feel better about living like my chickens.

Yes, I'm scoffing at women who have tan boob jobs and palatial living space while I step over dogs on my way to blow dry the ice in my toilet.

I have not worked my dogs. Not once. THEY don't even want to go outside.

Jai is not pregnant.  Sometimes I look at her and think she absorbed her puppies somewhere between my brother and his chijuajua visiting at Christmas and my third episode of Real Housewives of Beverly Hills. Too much art imitating life and too broad a definition on both, in WAY too small a space. 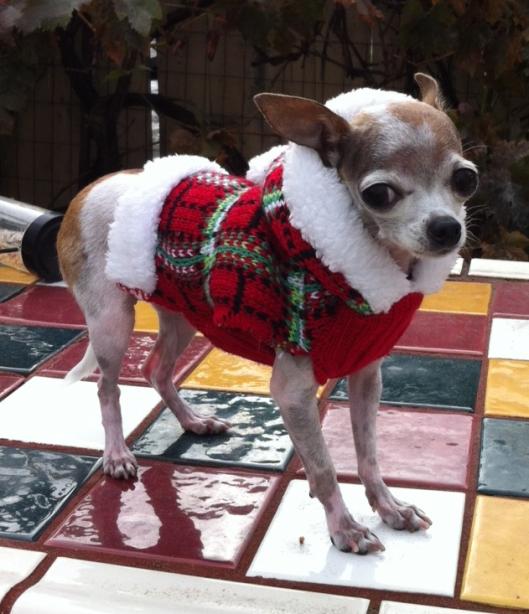 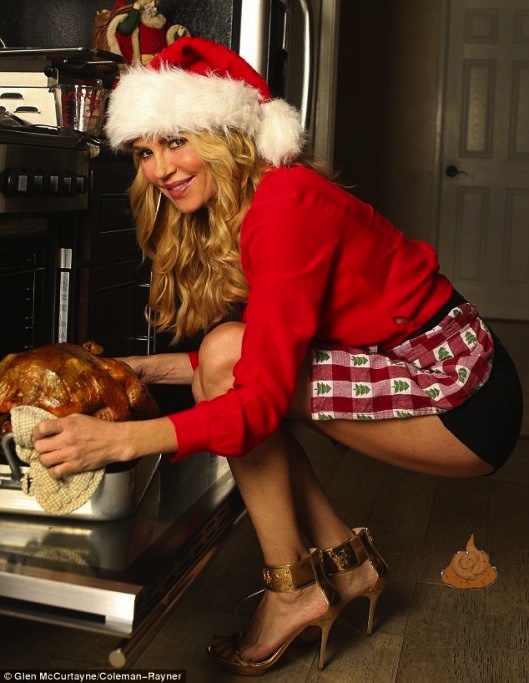 It's a disappointment that Jai won't be having my puppy, not any time soon.  I won't lie, I cried and ate some poptarts when that Fact was established; she is, indeed, just a little fat.  I love that dog and I wanted her line to continue forever. Sniff.

But it's time we both resumed running and getting back to work; back in shape and back on sheep. The weather is warming.  It's finally above freezing.  We are on the down hill side of winter. I'm out of poptarts, sick of indoors, and Derek has shampood and cut my hair.

Last weekend I worked dogs at the H's house with L.  (I'm hanging out with consonants as part of my resolution to buy fewer vowels).

Actually, I worked Dog, singular. I'm still not sure whether Jai is bred, but since she HOPEFULLY is and I'm REALLY REALLY paranoid of doing anything wrong, so I mostly let her lie around eating frosted dog treats and licking herself while looking askance at the others.  Every time I feel that I may have hurt her feelings, made her do something she'd prefer not to, or I'm late with a meal – I worry she'll absorb her puppies.  Like a wronged paper towel.

Nowadays when I work a dog, on my way out to the field, I go through a gamut of last minute instruction.

H – "Remember: Your feet are NOT nailed to one spot. You can move around. HELP YOUR DOG."

L – "If you ask for something make sure you get it."

I have heard these same true pieces of advice enough to feel like I gave birth to them and then neglected them; sent them to school without shoes to enjoy their only meal of free school oatmeal while I slept till noon and bitched about their unnamed fathers to anyone who would listen.

I REALLY appreciate that people are still willing to advise me on actual sheep and not just gently suggest that I rewatch Babe and aim a little lower.

So, I went out to the middle of H's big field, sent Jack to gather his sheep, whistled an away whistle that he only took to a certain point, stood there in one place asking him alternately to go away and to walk up until the sheep came to my feet from the wrong off course angle.  I continued to stand in one spot and whistle Jack around the field a little, clumsy and untidy-like, and then we called it good.  He did flank a little better than he had the last time.

Meanwhile, on the other side of the fence, the spirit of WTF hung in the air like a thick tangible cloud.

If Don and Lavon's spleens could scream… HOLY BLOODY HELL!

"Did you forget about your feet?"

Upon speculation, and some incredulous questioning, it's clear that, first, I have NO FOCUS. I walk out to the field with a plan in mind. The words of the advice given FRESH IN MY HEAD.  As soon as I send the dog, it's gone. It's replaced by what I am accustomed to doing.  Still. After all this time.

Second, and most important: I think its because it's not about the advice. It's not about the technicality of moving or flanking, or even timing. It's that I am trying to break through this barrier of who I am and have always been OFF FIELD and become something else ON FIELD.

I asked Lavon last night what he felt was the single most important trait in a good handler.

Without hesitation he said, "Consistency."

I made him define this better because this is too broad for me. Also, I'm WILDLY INCONSISTENT in everything I do and I wanted a narrower interpretation so that I might have some semblance of hope in achieving it.

"Expecting and getting what you want from your dog each and every time."

He went on to illustrate that I typically ask for a flank, get something of a flank, not enough, but what the dog feels comfortable giving, and then I switch to something else, like a walk-up, because I have given up and accepted the half-assed flank.

"Your dogs, both Jack and Jai, don't need much, they are good dogs – but they do need for you to step up and LEAD them. Communicate clearly with them. Until you do, they are not sure of you and they won't trust you."

I'm not a leader.  I'm not a follower, either. I'm more of a spectator. I am one lucky mother who had independent and inherently Good children because I didn't impose a lot of rules with them growing up. They had to be nice, funny was a bonus. No lying or things would get ugly fast.  Other than that, we all ate ice cream and used a lot of foul language.

Dogs seem to require more than my children did, but I find myself applying the same sort of casual dynamic and of course it's not working.  I'm having to fight my inner Permissive, and it's a bigger struggle than I would have thought.

"You can eventually get there, with the right dog," Lavon said of this minimalist handling style, "but you won't be consistent. And why would you want to wait that long?"

So I'm vowing to change and be more of a leader.  It's worth noting, however, that I'm typing this sitting on my couch because Jai likes to sleep in my chair by the fire.  No point in being reckless.